Why Does My Dog Tilt Their Head?

Note: This story has been updated with new research on head tilting!

If there was a behavior engineered purely to increase cuteness and to encourage human adoration, the head tilt would be it. When dogs tilt their head, our most common reaction is a smile, a cooing exclamation or an affectionate pat. Indeed, encouraging human attention is one reason dogs may tilt their head—a behavior we reinforce with touch and treats—but it’s not the only explanation.

For more on why dogs do the adorably odd things they do:

There’s a more practical reason for a head tilt—it could be your dog trying to pick up and decipher intriguing sounds. When dogs tilt their heads, they have likely heard something interesting and aren’t sure exactly what’s going on, says Andrea Y. Tu, DVM, medical director of Behavior Vets of New York. This helps explain why dogs often head-tilt while you’re speaking to them—they’re listening and trying to catch words they understand.

Canine anatomy could also be a key factor in head tilting, especially the shape and position of the outer ear.

A dog’s ear flaps, or pinnae, cover the ear canal, which can interfere with sound reception and, importantly, the ability to locate a sound’s source. To correct for this, dogs lift their pinnae and tilt their heads.

Head tilts may also be a visual adjustment. Consider the shape of a dog’s head and the location of their eyes. By tilting their head, dogs can better position the eyes, or a single eye, toward the object of visual interest. One study of canine vision examined how the muzzle can interfere with depth perception, a limitation a tilt may remedy. “The length of the nose can interfere with binocular vision, especially in dolichocephalic breeds, when they look below the horizontal,” says Dr. Tu (dolichocephalic means long-headed: think dachshunds, greyhounds, etc.). “As such, some dogs may tilt their heads to see better when they are intensely focused on an object.”

Stanley Coren, PhD., professor emeritus in the Department of Psychology at the University of British Columbia and author of multiple books on dog behavior including The Intelligence of Dogs has also cited vision, rather than hearing, as the tilt motivator. Dr. Coren wrote in Psychology Today that dogs’ muzzles block some of their vision, and can in some cases reduce their ability to see the mouth of a person talking to them. “We know that dogs continually scan our faces for information and to read our emotional state,” he writes. “Hence it is likely that one reason why dogs may tilt their heads when we talk to them is because they want to see our faces better, to compensate for the way in which their muzzles obscure part of their vision.” He conducted his own study, asking 582 dog owners how often their dogs tilt their heads, and found that 71% of the owners of dogs with more pronounced muzzles reported that their dogs often tilted their heads when spoken to, and only 52% of the owners brachycephalic dogs (who have flatter faces), reported that their dogs often tilted their heads. Dr. Coren suggests putting a fist in front of your nose to get an idea of how a dog’s long muzzle—and tilting the head—can change sightlines.

Other noted experts assert that head tilting is mainly about signaling concentration and an attempt to understand you. Veterinary behaviorist, author, and founder of the Center for Canine Behavior Studies Dr. Nicholas Dodman has said that his preferred explanation for head tilting is that it’s simply a dog’s response to something puzzling or curious you’ve said—akin to a human shrug or nod. Dr. Dodman suggests that head tilting is a sign of intelligence, and that head-tilting dogs tend to be more sensitive than others, and have an especially close bond with their people.

In fact Dodman’s conclusion is now supported by research. There hadn’t been any formal research on this topic before, but a 2021 study published in Animal Cognition concluded that head-tilting was associated with intelligence. Researchers tested 40 dogs divided into two groups—one group was made up of dogs considered “gifted word learners” (those who had demonstrated exceptional ability to learn the names of toys), while the other dogs were more typical learners. The dogs underwent a 3-month training program to learn the words of new toys. The results: the “gifted” dogs were significantly more likely to tilt their heads when they heard the name of a new toy—they tilted 43% of the time versus just 2% of the time for the other group.

Of course, perpetual head tilts or those not in response to stimuli should be discussed with a vet.

Conclusion: If you’re standing in front of  your dog and they are tilting their head in response to a noise you’re making, it’s likely they are simply focusing on you and trying to understand you. Which makes it all the more endearing, and worthy of praise.

Top Stories
By The Farmer's Dog

A fresh way to feed your pet. The Farmer’s Dog delivers fresh, pre-portioned, and ready-to-serve pet food straight to your door. Better for them, easier for you. Get started today at The Farmer's Dog. 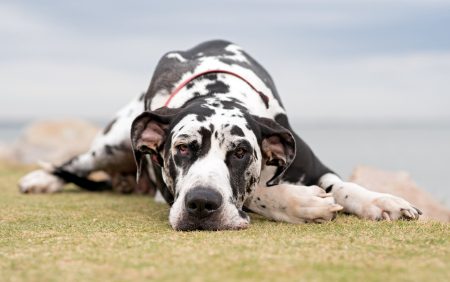 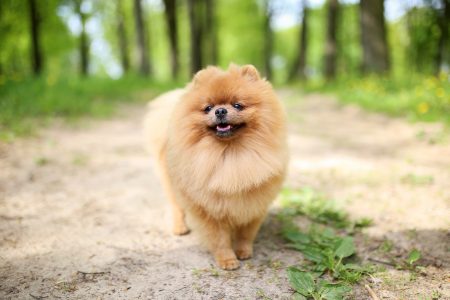 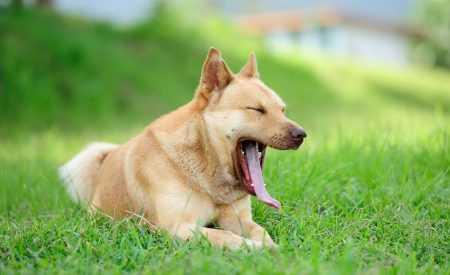 Why Is My Dog Yawning?

In humans it's considered a sign that a conversation isn't stimulating, or that it's...

Excavation Explanations: Why Dogs Dig and How to Manage It

Many dogs dig, and may do so for a variety of reasons. Because digging...